I AM DESPERATE TO SHOW WHAT I CAN DO – RUARIDH JACKSON

Scotland will go head on against Fiji on Saturday in Suva and Ruaridh Jackson is all out to ensure that he makes an impact against Fiji in the match. 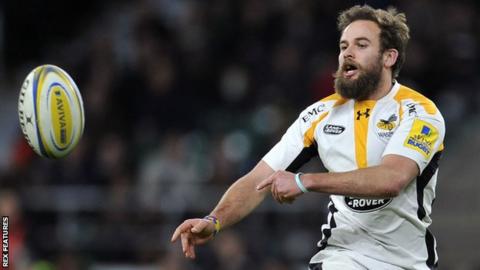 Finn Russell, the starting fly half in both of the tour games so far, left the Scotland camp to join the British and Irish Lions in New Zealand.

Jackson feels that with this, he has been gifted the opportunity to win his first cap for the team in almost 12 months, after the last one last summer where he featured against Japan.

“I am desperate to get on the pitch and show what I can do,” he said. “With Finn where I think he deserves to be (with the Lions), it gives me an opportunity.

“If I get that that chance I am desperate to put my hand up. There is a lot of excitement about this squad, about what we can do, what we can achieve.” He added.

In the original squad of the team, Jackson was named at full-back but majority of his 30 caps so far has had him featuring at the fly-half position.

Jackson who plays at club level for Harlequins is one amongst many of the players in the Scotland squad to have played alongside lock Leone Nakarawa and NikoMatawalu during their time at Glasgow.

That gives him enough idea of the team they are up against and what to expect. He also notes that with their recent thrashing of Italy, they would be brimming with confidence and so his side would have to be on the lookout.